Do you want the best mods for Payday 2 to enhance your game experience? Then you had found the perfect spot. I am going to tell you about some Payday 2 mods of 2021 that will improve the game.

I’ll be adding new mods every week, so be sure to bookmark this page so you don’t miss any mods.

Every gamer knows that Payday 2 is one of the best 3D-shooting multiplayer co-op games. You will have to work with teammates in co-op games so that you can successfully complete any mission.

Players have the option of playing solo or in multiplayer for some of the ‘heists’ missions in Payday 2. There are no real heists, and you won’t go to jail for it.

You can build your own gun, create your own avatar, and do much more with this mod if you are a Payday 2 regular.

I have provided you with a direct download link for the best Payday 2 mods, so that you can easily download them without any hassle. 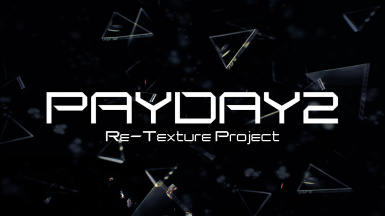 Payday 2 is a cooperative first-person shooter video game, the sequel to Payday – The Heists. The game was developed by Overkill Software and announced by 505 Games.

Players can complete robbery missions such as bank robbery, shop robbery, and many others by collaborating with their teammates in Payday 2.

Dallas, Chains, Hoxton, and Wolf are the four main characters, with whom you must complete all heist missions.

Wear the mask, and enjoy the thrill of heists without getting caught.

What Are PayDay 2 Mods

If you’ve ever played PC games professionally, then you’re familiar with mods.

But if you’re new to gaming mods and don’t know anything about them, then don’t worry. Today, I will explain what mods are and how to use them effectively.

A Mod is a modified version of Payday 2 which allows gamers to change, add, or alter its functionality. If you want to add some attachments to a gun, then you need to activate the weapon mods. Yes, it’s that easy.

Like every new gamer, even professional players sometimes get confused about choosing the best Payday 2 Mods.

That’s why I wrote this article. You should try out these Payday 2 Mods for the better gaming experience that I am providing below.

Payday 2 mods are readily available on the web, as everyone knows. However, selecting the right mods that enhance overall gaming experience is quite challenging.

These mods are listed in order of UI, performance, functionality, and importance. Let’s get started without wasting any more time.

BLT 2.0 is the essential tool for managing and downloading Payday 2 mods, so I placed it first. Its drag-and-drop user interface makes it easy for new gamers to use as well.

It will also provide an overview of the mod’s version, features, and even its installation process. You can update your mods directly through it if there are any updates.

Many BLT mods are available online, which make Payday 2 even more appealing. These are some of the Payday 2 BLT mods you must try:

You can fix some minor issues with these Payday 2 BLT mods, such as the audio glitch, the weapon modification, and many others.

WolfHUD is a collection of HUD alterations that can be used to make Payday 2 more realistic and easier to play.

The best thing about WolfHUD mod is that you will not be banned for using it because the developer supports Payday 2 HUD mods.

WolfHUD adds some useful tweaks to your game such as AutoPickup, Kill Counter, Weapon Loadout, Detection Level, and more.

In order to open any lock, we have to press the ‘F’ keys for nearly 5-6 seconds. With the HUD mod, you can open it with just one click.

In the market, there are other WoflHUD mods add-ons such as TabStats, Inventory Weapon Names, Scarface Packs Federal Inventory, and others. Depending on your needs, you can choose anyone.

What if you want your gun to perform better? You will surely benefit from Custom attachments for custom weapons at this point.

Attachments can boost a gun’s performance in several ways, such as damage, stability, recoiling, and so on.

Gun Add-on mod allows you to add any custom gun, but finding the best attachment for that gun can be difficult.

You must have to keep your custom weapon and attachment updated; otherwise, this Payday 2 Mod won’t work correctly.

You can get custom attachments for custom weapons

This Payday 2 mod will show you all the information about the enemy’s health, such as the amount of damage they took, their level, and even their name.

When you aim your enemies with the mod, you will see a green health line with their names above their heads. This health line represents the damage you caused to your enemies on a scale of 30.

You get a Green Line above a security guard’s head when you attempt heists in a bank and aim towards the security officer.

Payday 2’s Enemy Health and Information mod is a small but useful mod that you must install. You now can see which enemies are low on health so you can choose which ones you should take out first.

Another mod you must have in order for Payday 2 to be fully overhauled is Restoration Mod. With this mod, your gameplay elements will be rebalanced, as well as heist maps, masks, and weapons.

Additionally, it improves the AI (Artificial Intelligence) and logic of police.

Payday 2 restoration mod will add some new enemies to your game, such as the Grenadier, who smokes you out of hiding with repeated teargas. Some more enemies, such as Titan units, Captains, and even the NYPD and LAPD with their remodeled cops.

With restoration Payday 2 mods, you can:

Use some important feature from the previous version

You need SuperBLT, Beardlib, and the VoiceLine Framework for proper installation and working of this mod.

If you mostly play with bots, this mod is perfect for you. When a teammate is missing, Payday 2 will automatically assign a bot to that position.

A bot is nothing more than a computer-generated player posing as a real player. The bots, however, have lower weapon damage, basic weapons, and low logic.

Everybody knows that it is a miracle when a bot reviews your performance or helps you defeat an enemy. Most of the time, bots are just useless.

By installing the Better Bots mod, you can improve the AI and logic of the bots so that they help you in the game. The bot acts just like a real player, marking enemy locations, throwing grenades and melee attacks, and helping you take down your enemies.

Dynamic crosshair is one of the most important HUD Payday 2 mods for new gamers to improve their aim. In Payday 2, there is no crosshair.

Do you know what the crosshair is?

The eighth symbol on the screen that tells players where to aim and shoot is the crosshair. A shooting game’s most important feature is its target.

With this Dynamic Crosshair mod, you can see exactly where you need to aim and shoot. Additionally, you can adjust crosshair size and color so that when you aim at an enemy, bullets only fire at them.

One of the best things about this mod is that when you aim at anyone, the crosshair changes color. So you know who you are shooting at.

Want to make Payday 2 as real as possible? If so, then this Hollywood shootout Payday 2 mod is for you. When it hits any metal, it will simulate the sound of bullets.

Almost every Hollywood action movie has a scene where a bullet hits a metal surface, creating a sparkly effect. It gives us the illusion that bullets really hit the surface or not.

Would you like to experience some horror and real-life things in payday 2? If so, you should give Bullet Dismemberment Mod a try.

If you activate this mod, when you shoot someone, their body will split at that point. If you shoot on someone’s head, then their head will be dismembered from their body.

Personally, I don’t like this Payday 2 mod that much because it feels very awkward while playing the game. The only reason I am adding it here because there are many players who want some realistic effects in their game.

Installing this mod is so simple, just extract the downloaded mod and paste it in PAYDAY 2/mods/ folder.

Now, here is the magic that happens. There are many new gamers who don’t know how to install these mods in Payday 2 without crashing the game.

Below, I am writing a step-by-step guide so that anyone who plays Payday 2 can easily install mods.

Step 2: Download the mods that you want to use in Payday 2. You need Winzip or any .zip extractor to extract files.

Step 3: Now, check whether downloaded mods are over-ride mods, BLT mods, or of any other types.

Step 4: If it’s a BLT mod, then you need to download SuperBLT in order to install these mods. Just go to the SuperBLT site and download it.

Step 5: After that, go to your game folder and paste the SuperBLT mod downloaded file there.

Step 6: Now, if you downloaded BLT mods, then go to C:\Program Files (x86)\Steam\steamapps\common\PAYDAY 2\mods and paste your mod folder there.

Step 7: If it’s an override mod, then you need to create a new folder, i.e., mod-overrides in C:\Program Files (x86)\Steam\steamapps\common\PAYDAY 2\assets.

Ste 8: Now, open the mod-overrides folder and paste your override mods folder there.

If you still have confusion regarding the installation of mods in Payday 2, then you can watch the below video.

Well, there are always some questions in every gamer’s mind before installing any mods. Below I am answering some of the questions that my gamer friend ask me. If you also have any queries regarding this best Payday 2 mods 2021, then you can comment down. I would love to solve it.

Yes, most of the Payday 2 mods are legal to use (Not All) until you use it to complete your achievements. Also, Payday 2 developers officially support mods that means you can use it without any worry. But keep in mind that other players shouldn’t annoy due to your mods.

How many mods are there in payday 2?

Payday 2 has Hundreds, actually thousands of mods available to download. If you didn’t like anything in the game, then you can correct it using mods. Payday 2 has mods for HUD, audio, weapons, skins, masks, and many more.

My game crashed after installing the mod, what should I do?

Maybe you had downloaded the old version of the mod. Cross-check your installed mod version from the download link I provided above. Also, follow step by step procedure to install mods without any error.

Does Payday 2 have mods for Xbox One?

Sadly, there are no mods for Payday 2 Xbox. You could edit some of your data if your game was transferred from Xbox 360.

So, that’s it, guys. I hope I have given you the best Payday 2 mods of 2021. All these mods are personally chosen by me to improve your game performance. Also, I will add the new mod in every month, so I would advise you to bookmark this page so that whenever we add any new Payday 2 mods, you get notified.

If you like this collection of mods or have any other mods to tell, then you can comment down. Also, don’t forget to share it with your Payday 2 players and enjoy this awesome game. Thank you.